Use of Vascular Clamps During Laparoscopic Myomectomy 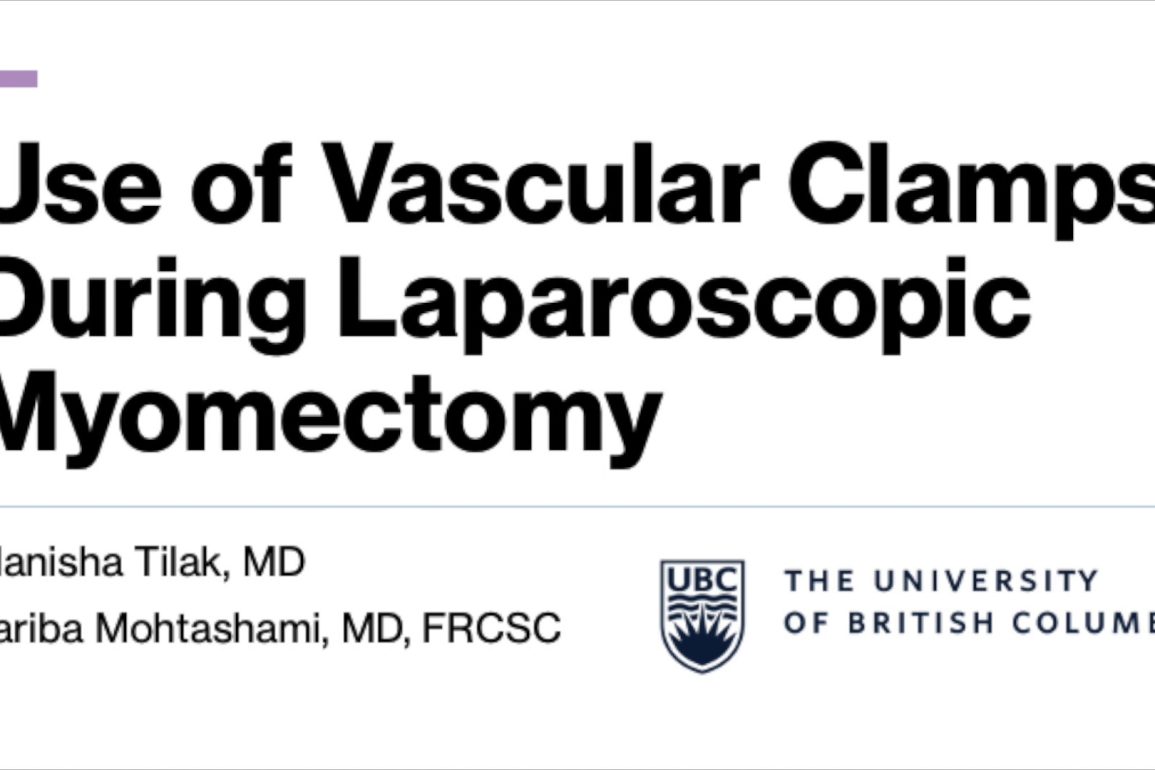 Laparoscopic myomectomies can often be associated with significant blood loss and suboptimal visualization. A unique solution to this problem is the use of vascular Bulldog clamps to temporarily occlude the main blood supply to the uterus prior to myomectomy.

This patient was a 38yo G0, with recurrent fibroids causing heavy bleeding after two abdominal myomectomies. MRI showed a parasitic fibroid growing into the anterior abdominal wall, receiving blood supply from the right inferior epigastric artery. We located the uterine artery at its origin on a vertical line under the insertion of the round ligament into the inguinal canal.

There was excellent hemostasis throughout. This video illustrates important anatomic landmarks to identify the origin of the uterine arteries with minimal dissection into the pelvic side walls.